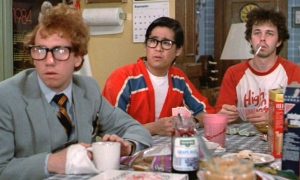 In Episode 2 of Around The Geek the guys talk more on next gen systems, introduce Terrell’s comic corner, and have a discussion about movies that are based on video games and books. At the very end of the episode after the song the guys talk about the latest episode of Doctor Who named “The Day of the Doctor”

Check out the creator of our intro Karthik on twitter @Karthikmusic